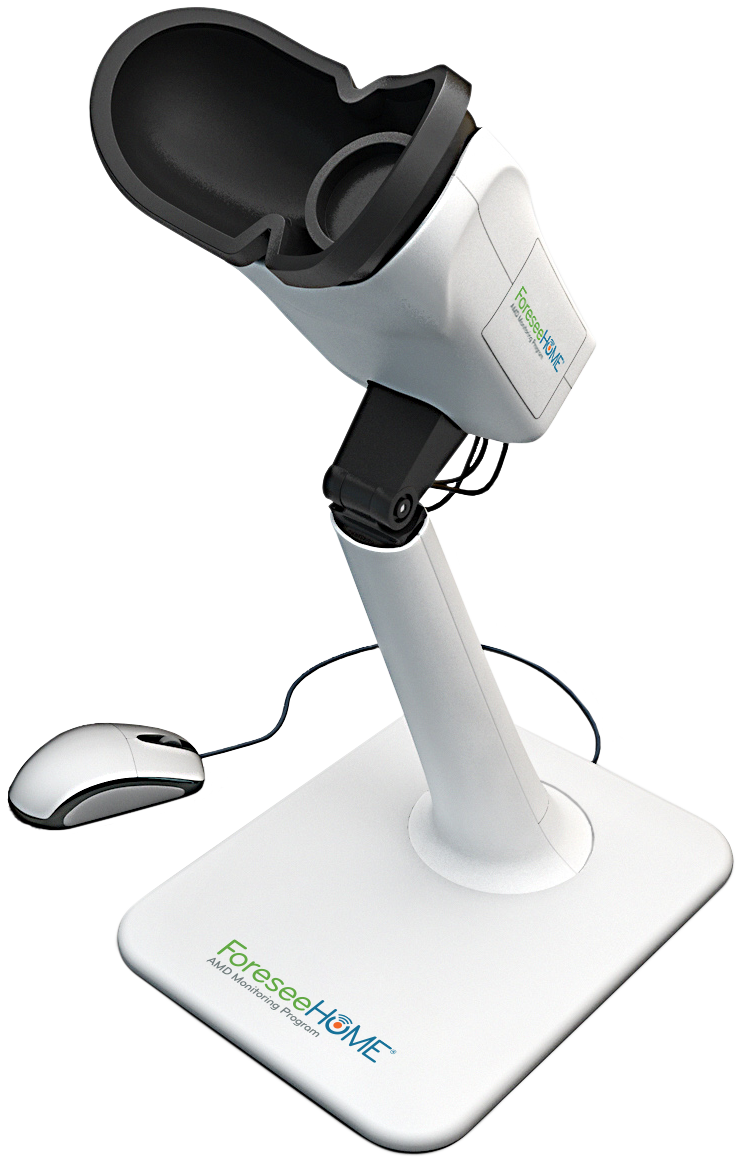 FDA-Cleared and Covered by Medicare and Most Private Insurance

Set Up and Daily Tests Are Quick and Easy for Patients

The physician’s office is alerted when a significant change from baseline occurs, which may indicate potential AMD progression

Timely alerts can lead to the early
treatment of wet AMD2

Hyperacuity, or Vernier acuity, refers to the ability to perceive small differences in the relative location of two objects in space, beyond what is detectable with the better-known vision measurement, Snellen Visual Acuity (e.g. 20/20). While Snellen visual acuity resolution is limited by the physical separation of photoreceptors (cones) in the macula, Vernier acuity includes cognitive processing of the stimuli by the brain to provide a 10-fold greater resolution than Snellen. For the patient, this means that vision changes too subtle to detect on their own are measurable.

In the ForeseeHome AMD Monitoring Program, stimuli are successively displayed randomly across the central 14 degrees of the visual field. The stimulus consists of a series of dots, the majority of which are aligned with each other. A few dots are misaligned creating the perception of a wave or bump, an “artificial distortion,” in an otherwise straight line. 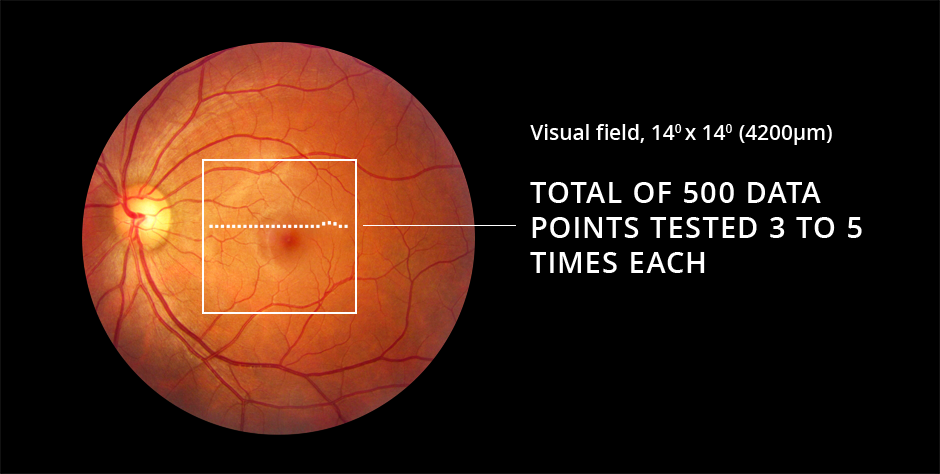 Each line with its artificial distortion is presented to the patient for 160 msec, while the patient focuses on a center dot. The test is termed preferential, as the patient perceives only the larger of two distortions when a competing, disease-related “wave” in the line is also present. By varying the size of the artificial distortions, the magnitude of the patient’s vision change can be quantified across the tested area and compared to their own baseline tests and to a normative population database. The brief presentation of each image ensures that cortical completion is not engaged and that fixation on a center dot is maintained during the testing. The presentation of the next stimulus is triggered when the patient moves the controlling mouse to the dot in the center of the screen.

The final term, perimetry, refers to the testing across an area. The area of the macula assessed with ForeseeHome is the central 14 degrees, or approximately 4.2 mm2.

The ForeseeHome AMD Monitoring Program is only available by physician order and is intended to be used as an addition to regular eye exams.

The technical component of the ForeseeHome AMD Monitoring Program is covered by Medicare, subject to its coverage requirements for the test, to assess patients with dry AMD who are at risk of developing wet AMD. Please refer to your local Medicare Administrative Contractor (MAC) for which the ordering physician resides concerning coverage availability for the physician professional services component of the test.

FDA Indication for Use

The ForeseeHome is intended for use in the detection and characterization of central and paracentral metamorphopsia (visual distortion) in patients with age-related macular degeneration as an aid in monitoring progression of disease factors causing metamorphopsia including, but not limited to choroidal neovascularization (CNV). It is intended to be used at home for patients with stable fixation.